Earlier this fall, Darius Rucker released a Christmas album.  I’m a big fan of my fellow South Carolinian, but I cringed when I saw the announcement because I knew a certain loved one would have to purchase it.  Thanks alot, Darius.  We needed another Christmas album at our house.  I think we have enough Christmas music to have our own all-Christmas radio station during the season. 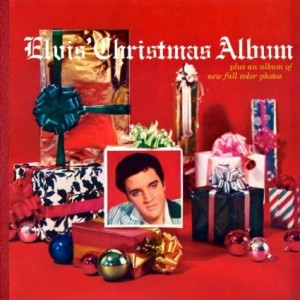 <Putting on old fart hat> Back in my day, there were a few Christmas albums by pop artists, like the number one seller of all time, Elvis Christmas by The King himself, but today seems out of control. If you’ve paid attention to music the last 15-20 years, you know many pop and country stars have added Christmas albums to their collections.  I’m really not a big fan of this.  Granted, a few are pretty good, like Mariah Carey’s 1994 Merry Christmas album (can’t believe I wrote that), but plenty of others are not.  Did we really need Under The Mistletoe by Justin Bieber or Cheers, It’s Christmas by Blake Shelton? And how many versions of “You’re a Mean One, Mr, Grinch” do we really need, Darius, Cee Lo, Glee Cast and Straight No Chasers??  I guess to fill some of the 24 hour Christmas music radio stations, we need a lot. <Taking hat off>

A few years ago,  on my morning commute, I was in a bad mood.  It was the start of the Christmas season.  I don’t remember if the bad mood was Christmas stress related or going to work related.  Maybe it was a combination.  Anyway, as I drove to work,  the DJ on the  radio station announced they were giving away concert tickets to the 20th caller.  Well, I was the 20th caller, and the concert was Trans Siberian Orchestra.  I wasn’t too familiar with TSO at the time, but a few days later, my wife and I went to the concert.  Our seats were second row center, and I had no idea what was in store.

Wow.  TSO blew us away.  Their unique mashups of classic Christmas music with electric guitars, lights and explosions won me over.  Being second row  meant we felt the heat from the pyrotechnics.  My hair survived the fireworks, and I was in a great mood the rest of the season.  For the next few years, we bought our own tickets to TSO and even took our kids to the shows.  I started my own collection of TSO Christmas albums, and anytime I need a Christmas mood boost or run a 5K under the holiday lights at Saluda Shoals, I crank up TSO.

If you’ve never seen TSO, check them out in this video: https://www.youtube.com/watch?v=b20WvdNpomg

Since my wife has a much larger Christmas album collection than I do, I asked her to list her all-time favorite pop Christmas albums.  Here they are:

My Wife’s Top 5 Christmas Albums (with comments by me)

5. Chicago 25: The Christmas Album by Chicago. Classic Chicago horns and Christmas.  Nice combination.  Slight hope for my wife’s music taste, after all.

4. Christmas Cheers by Straight No Chasers.  Contains the “12 Days of Christmas” and Toto’s “Africa” mashup.

3. When My Heart Finds Christmas by Harry Connick, Jr.  No clue on this one.

2. Cee Lo’s Magic Moment by Cee Lo Greene. Actually has a few catchy tunes.  My favorite is a duet with the Muppets.  Don’t judge.

1. Merry Christmas  by Mariah Carey – I can vouch this is her favorite because I found three empty cases of the CD this week while looking for a long lost TSO CD.

Here are my lists:

5. “Where are you Christmas?” – Faith Hill from The Grinch movie soundtrack.

5. “The Chipmunk Song (Christmas Don’t Be Late)” by The Chipmunks.  Uggh

4. “Merry Christmas, Darling”  by The Carpenters.  Not a Carpenters fan.

3. “Mary, Did You Know” by Kenny Rogers and Wynonna.  Great lyrics, but the delivery is an automatic channel changer for me.

And my least favorite Christmas song of all time goes to…

1. “The Twelve Days of Christmas” by everyone.  Even the Muppet version can’t save this one for me! 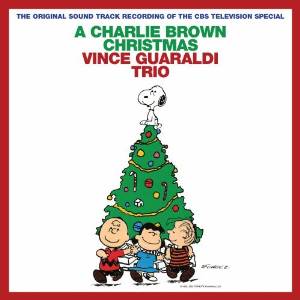 I guess I do have a top album list.  If I had to choose only one album for Christmas listening it would be the Vince Guaraldi Trio’s A Charlie Brown Christmas.  There aren’t any electric guitars in this, but at heart, I’m a piano guy.  This album contains my all-time favorite piano tune, “Linus and Lucy”,which is not really a Christmas tune, but had to be included on the album due to it being the soundtrack to the television show A Charlie Brown Christmas.  Another favorite from the album is “Christmastime is Here.”  For rare footage of a certain writer/musician performing it, click here or watch the video below.

So what are your favorite or least favorite Christmas songs?  Let me know in the comments.

2 thoughts on “The Christmas Lists”