I feel like a quote out of context
Withholding the rest
So I can be for you what you want to see
I got the gesture and sound
Got the timing down
It’s uncanny, yeah, you think it was me
Do you think I should take a class
To lose my Southern accent
Did I make me up, or make the face till it stuck
I do the best imitation of myself

For the last few years, I’ve dabbled with a couple of blogs.  There was one about running (http://PalmettoStateRunner.com) that garnered over 12,000 views.  Then there was this one, The Key of GF,  which maybe three people knew about.  Some “experts” said to focus on one blog and stay specialized, so I only promoted the one about running, and I probably didn’t do it well.  I definitely didn’t do it consistently.

A couple of weeks ago,  I announced the retirement of the running blog.  I probably should have called it MediocreMiddleAgedMarathonMan.com to more accurately reflect myself, but that’s another story.  I still run and plan to continue, but my enthusiasm for it is currently at a low spot and other interests have been taking from writing time.

Surprisingly, more than one person encouraged me to keep writing.   Said they actually enjoyed my writing.  While I didn’t intend to stop writing,  I just didn’t know what direction to go.  Now, after the encouragement and a few weeks of pondering, I’ve decided to keep at it with the Key Of GF blog.

Quick music lesson: a key in music is a group of notes that make up a scale .  Originally, I intended this blog be about music.  I had some stories to share and commentary to make (heavily ’80’s influenced, of course).  I also planned to share my experience  of trying to further my piano abilities some thirty years since my last lesson.  (Short version:  frustrating but rewarding.)  So, the Key Of GF blog was born – posts (notes) from me (GF).

Now going forward, the new version will have more topics than just music.  Another music lesson : chords are groups of notes and keys have chords called major and minor. In this blog, I’ll focus mostly on my major topics of interest like music,  fitness and a new pursuit, but I’ll also put out the occasional post on other topics –  the minor stuff.  I know there are diminished chords, too, but I don’t plan on writing about my diminished capacities!

Hopefully, I’ll make you laugh.  Maybe I’ll make you cry. I might even try to make you shake your head and think “That boy ain’t right”.  We’ll see.

If this small post has you intrigued, poke around the site. I’ve left a few of the old blog posts lying around.  Feel free to read them and comment.

Thanks for reading.  See you soon,
Greg 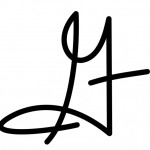